Infrared heating – the technology of the future

Infrared radiation, like light, is a type of electromagnetic radiation with a wavelength between 0.75 and 1,000 microns. It propagates in waves longer than visible light and also generates intense heat. Infrared rays can be divided into the following groups based on their wavelength: near, middle and far infrared radiation.

Infrared rays also form part of the invisible light rays of sunlight, the far infrared rays belong to the range of light rays with a wavelength between 5 and 1000 microns.

This is the range of radiation that, when penetrated 3-5 cm deep into the human body, increases the vibration of the molecules there (heats up the given area). The complex beneficial effect on the human body is also due to this property.

What are these beneficial effects?

Installation of the JOBBFOLIA system

By being a technology that can be installed almost anywhere inside the property, we can install it very easily and quickly. We can also talk about floor, ceiling or wall heating. The system developed with this technology can be made easily and quickly, and it is extremely economical.

An additional advantage of infrared heating is that it can be used with any cover.

It can be installed either in the wall, above the ceiling or in the floor. Whether parquet, carpet, tile or stone covering the floor, this heating will still provide the maximum.

While the design of any other heating technology can be extremely time consuming and can take up to weeks due to the design of radiators or heating pipes, the installation of JOBBFÓLIA can be solved in 1-2 days for a 100 m2 property.

The investment cost is thus lower, as professionals do not have to be paid for a moment.

In conventional heating systems, it can be observed that since the air is primarily heated, the warm air rises and cold air flows in its place. As a result, the heat distribution will be uneven, the temperature at the floor level is still relatively low, but at the height of the ceiling it is already relatively high, so it is difficult to economically create the optimal feeling of heat.

A cooler floor or wall surface or a constant flow of air can further impair our comfort.

In the case of infrared heating, due to its operating mechanism, an even heat distribution is achieved.

It primarily heats solid bodies instead of air and later these bodies transfer heat in the form of heat radiation – without a transmission medium – to the air in the room.

The warmth coming from all directions provides a pleasant feeling of warmth.

Choose from our heating solutions! 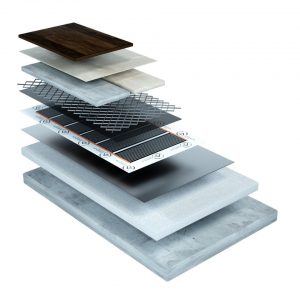 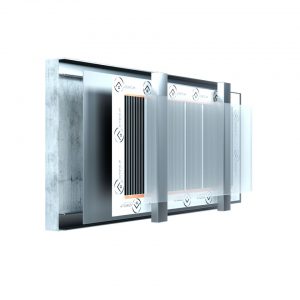 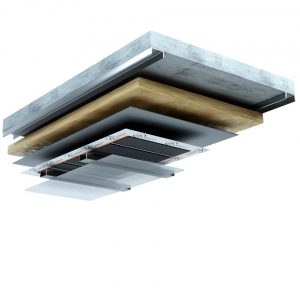